Synopsis: The small town of Laramie, Wyoming was unknown to most Americans, let alone the rest of the world. But everything changed one tragic night in 1998, when Matthew Sheppard — a young gay college student — was found tied to a fence after being brutally beaten and left to die. A nationwide debate about hate crimes and homophobia thrust Laramie into the spotlight, and the small town inhabitants were suddenly under a lot of media scrutiny.

A month after the crime, Moisés Kaufman — a writer and director with the New York City theater troupe the Tectonic Theater Project — traveled to Laramie with a handful of actors to interview people who lived in and around town. Kaufman’s goal was to create a play that focused not on the assault on Matthew Shepard, but on the community where such an attack could happen, and how many of the citizens reacted to the crime. That play, The Laramie Project, was first performed in early 2000. Two years later, this HBO film adaptation — also directed by Kaufman — brought the project to an all new level. The all-star cast includes  Dylan Baker, Steve Buscemi, Peter Fonda, Janeane Garofolo, Laura Linney, Amy Madigan, Camryn Manheim, Christina Ricci, Frances Sternhagen, and Nestor Carbonell as Moisés Kaufman. 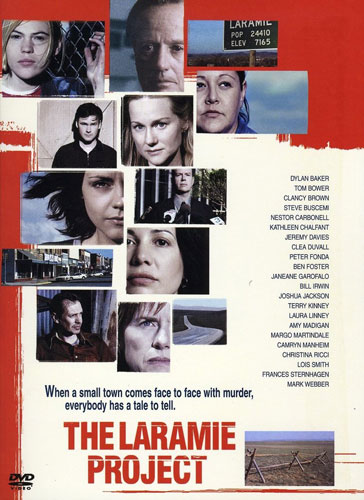 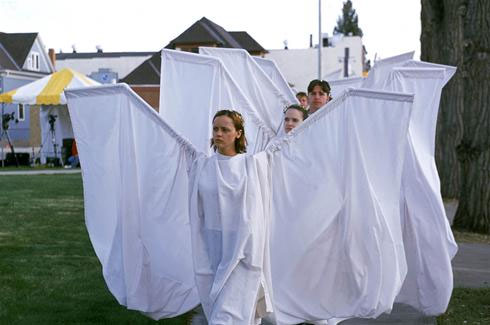 “When I met Moises Kaufman, I was floored. This eccentric genius has brought the subject of Matthew Shepard’s murder front and center in the world of theatre and was now hellbent on expanding that to film. I was desperate to produce the film, after I read Moises’s chilling, haunting, truthful words, and he would become one of the best and most true partners I’ve ever had. Moises brought with him to set every day a hunger for accuracy, a vision for beauty, and deep devotion to Matthew and the people of Laramie.

What the Tectonic Theater Project did out there in Laramie is open a wound and somehow invite the people of Laramie to participate in a vital dialogue. I’m incredibly proud of this film, the culmination of which was a screening at the Sundance Film Festival on opening night. I am eternally grateful to my partners on the project, Anne Carey and Ted Hope.” — Ross Katz