Written by: Bryan Sipe (based on the novel by Nicholas Sparks)

Synopsis: Travis Parker (Benjamin Walker) has everything a man could want: a good job, loyal friends, even a waterfront home in small-town North Carolina. In full pursuit of the good life—boating, swimming, and regular barbecues with his good-natured buddies—he holds the vague conviction that a serious relationship with a woman would only cramp his style. That is, until Gabby Holland (Teresa Palmer) moves in next door. Despite his attempts to be neighborly, the appealing beauty seems to have a chip on her shoulder about him… and the presence of her longtime boyfriend doesn’t help.

Despite himself, Travis can’t stop trying to ingratiate himself with his new neighbor, and his persistent efforts lead them both to the doorstep of a journey that neither could have foreseen. Spanning the eventful years of young love, marriage and family, The Choice ultimately confronts us with the most heartwrenching question of all: how far would you go to keep the hope of love alive? 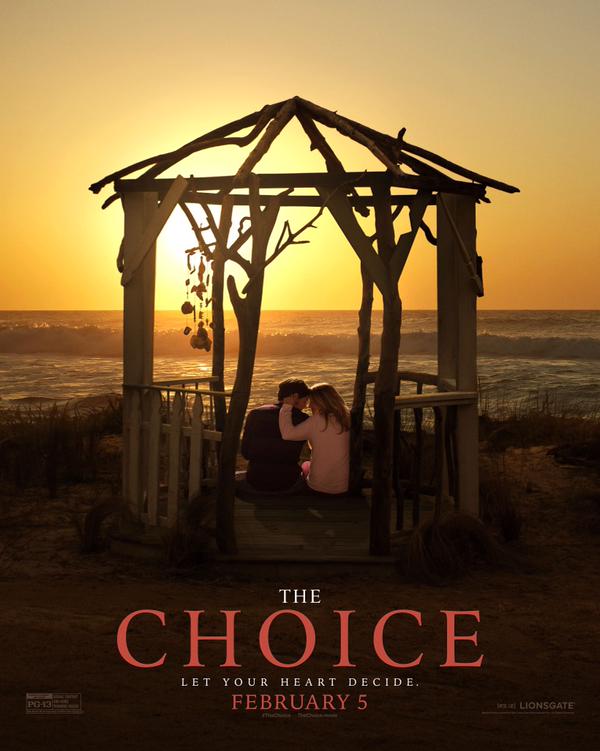