Synopsis: In April 2004, Lieutenant Colonel Michael Strobl, USMC, came across the name of 19-year-old Lance Corporal Chance Phelps, a young Marine who had been killed by hostile fire in Al Anbar Province, Iraq. Strobl, a Desert Storm veteran with 17 years of military service, requested that he be assigned for military escort duty to accompany Chance’s remains to his family in Dubois, Wyo.

Witnessing the spontaneous outpouring of support and respect for the fallen Marine — from the groundskeepers he passed along the road to the cargo handlers at the airport — Strobl was moved to capture the experience in his personal journal. His first-person account, which began as an official trip report, gives an insight into the military’s policy of providing a uniformed escort for all casualties. The story became an Internet phenomenon when it was widely circulated throughout the military community and eventually reached the mainstream media.

Taking Chance chronicles one of the silent, virtually unseen journeys that takes place every day across the country, bearing witness to the fallen and all those who, literally and figuratively, carry them home. A uniquely non-political film about the war in Iraq, the film pays tribute to all of the men and women who have given their lives in military service as well as their families.

The HBO Film Taking Chance was Ross Katz’s directorial debut, for which he won the DGA Award for “Outstanding Directorial Achievement in Movies for Television/Mini-Series.” Katz collaborated on the screenplay with Lt. Col Michael R. Strobl, USMC (Ret.), which was based on the journal of the same name by Strobl. 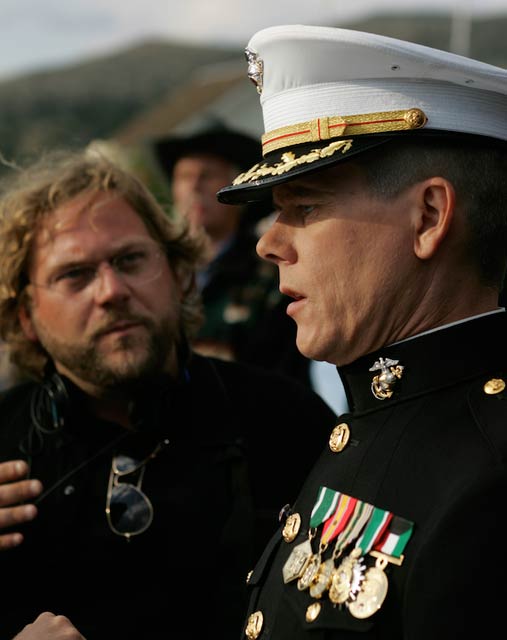 “Making Taking Chance was a haunting yet transcendent experience. Every member of the cast and crew were part of a deeply moving journey that took us to both terrifying and somber places, as well as helping us all remember the triumph of the human spirit and how inspiring these two individuals – Lance Cpl Chance R. Phelps and LtCol. Michael Strobl (USMC, Ret.) – could be.

The shoot was exhilarating, as all along the way we met and interacted with the real Military Personnell and individuals who transport the remains of the Fallen. We had an unbelievable cast and crew who were deeply devoted, and led by my own personal hero, Kevin Bacon. Getting to know and love the Phelps and Strobl families, and being welcomed to the Marines, has changed me forever.” — Ross