STORY OF A GIRL

STORY OF A GIRL

Written by: Laurie Collyer & Emily Bickford Lansbury (based on the novel by Sara Zarr)

Synopsis: When a compromising video of sixteen year old Deanna Lambert hits social media, her teenage life is changed forever. Overcoming bullies, hurtful school-yard taunts and the enduring rage and disappointment of her father, Deanna longs to escape a life defined by her past. Directed by Kyra Sedgwick (feature directorial debut) and starring Ryann Shane, Jon Tenney and Kevin Bacon, based on Sara Zarr’s award winning novel, Story of a Girl is a coming of age drama about a young woman pushing beyond the shadow of her past to become the author of her own life. 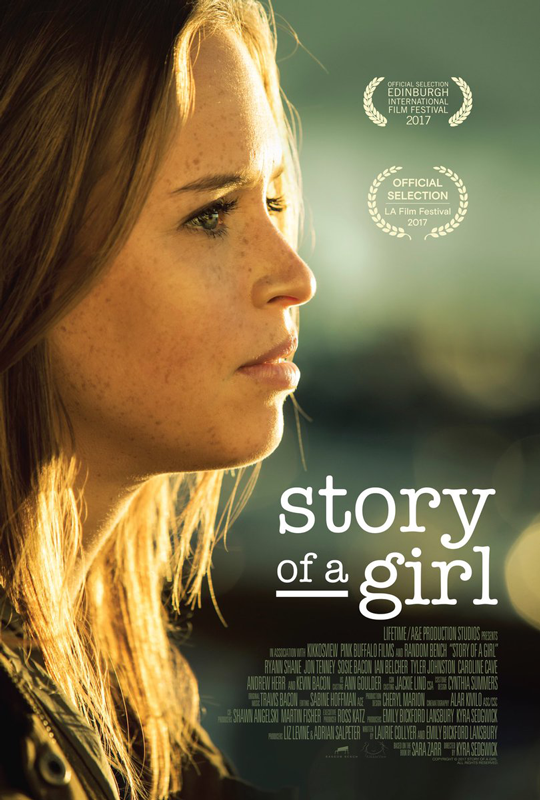