Synopsis: Bob Harris (Bill Murray) is an aging American movie star who finds himself in Tokyo to film a whisky commercial for a big paycheck. Charlotte (Scarlett Johansson) is a young college graduate who is often left behind in her Tokyo hotel room by her celebrity photographer husband. Over the course of just a few nights, the two strangers make a special kind of connection. Two lonely souls in a strange, foreign place…navigating the emptiness found in their own lives, the unfamiliar landscape of Tokyo, and the generational difference between them.

With an impeccable performance by Murray, and masterful, nuanced directing by Sofia Coppola on her sophomore effort, “Lost in Translation” is one of the most highly regarded films of its decade — winning an Academy Award for Best Original Screenplay, and three Golden Globes for Best Motion Picture, Best Actor, and Best Screenplay. 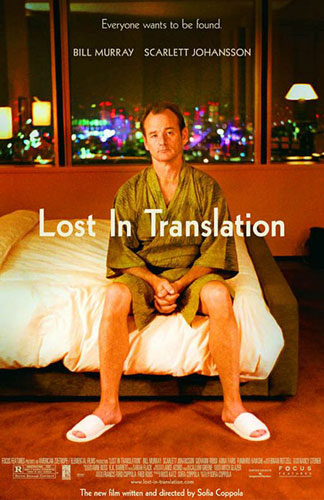 “Lost in Translation was a low budget, artistic endeavor that turned out to be wildly commercial. When we were making it, we had no idea how much it would resonate. But Sofia Coppola is such a visionary writer and director — a true auteur — that she was able to infuse the film with a dreamy kind of truth that audiences related to. I loved living in Japan for those months and working with a mainly Japanese crew. The trip to the Academy Awards was thrilling and surreal, but for me, it was that first screening at the Venice Film Festival that really blew me away. I’ll never forget the life-experience that was making this movie.” — Ross Katz