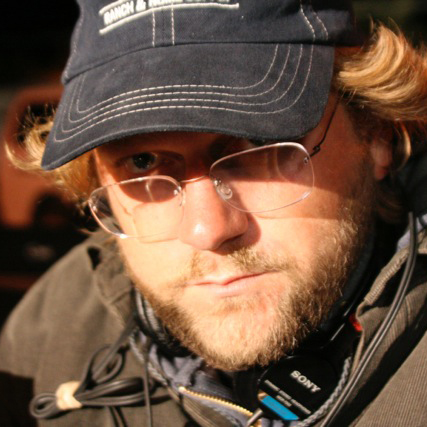 Ross Katz is a New York based filmmaker. As a Producer, he has twice been nominated for an Academy Award for producing In the Bedroom and Lost in Translation, winning a Golden Globe for the latter. In 2009, Katz transitioned into writing and directing with HBO Films Taking Chance, starring Kevin Bacon. He was the recipient of the DGA and WGA Awards, and Kevin Bacon won the Golden Globe for that film. In early 2014, Katz directed Adult Beginners starring Rose Byrne, Nick Kroll, and Bobby Cannavale, and he has recently finished filming The Choice (adapted from the Nicholas Sparks novel) starring Benjamin Walker, Teresa Palmer and Tom Welling.

Katz began his career as a grip on Quentin Tarantino’s Reservoir Dogs, followed by three years working for Sydney Pollack and Producer Lindsay Doran. In 1996, Katz worked on Ang Lee’s Sense and Sensibility as an assistant, and later moved to New York to work for indie production outfit Good Machine. Run by James Schamus, David Linde, and Ted Hope, Katz worked in development, production, and post production, until he produced his first movie, 1999’s Trick.

In 2001, Katz was nominated for his first Academy Award for Todd Field’s In the Bedroom. The film starred Sissy Spacek, Tom Wilkinson, and Marisa Tomei, all of whom were nominated for Oscars. Following that film, he Executive Produced Moises Kaufman’s The Laramie Project for HBO Films. That film garnered five Emmy nominations. Months later, Katz left for Japan to produce Sofia Coppola’s Oscar-nominated Lost in Translation, followed a couple of years later by Marie Antoinette.

Having produced those films, Katz felt like it was the right time to transition into writing and directing. He initially read Michael Strobl’s Taking Chance with an eye toward writing and producing only. But the writing process was so intense, he felt like the next logical step was to see it to its conclusion. And so, in 2009, he made his directorial debut with the film, which premiered at that Sundance Film Festival in competition. It garnered five Emmy nominations, as well as wins at the DGA, WGA, and Golden Globes. The film is HBO’s highest rated original film.

In 2014, producer/actor Nick Kroll and multi-hyphenate Mark Duplass sent Katz a script that ultimately became Adult Beginners. Upon reading it, he knew it had to be his next film. Having made a somber elegy with Taking Chance, Katz wanted to do something radically different. The film was shot in New York in the winter of 2014, and was produced by Kroll, Duplass, Jared Ian Goldman, Paul Bernon, Sam Slater, Karrie Cox, and Marcus Cox. After debuting at the Toronto Film Festival, it was acquired by Radius and was released in theaters in April, 2015.

In February 2016, Katz’s third movie, The Choice (based on the novel by Nicholas Sparks) debuted in theaters. It was produced by Sparks, Theresa Park and Peter Safran, and was filmed in North Carolina in 2015.

Katz has Produced or Executive Produced a number of other films, including Road, Movie, The Story of a Girl and the upcoming HBO movie My Dinner With Hervé (starring Peter Dinklage and Jamie Dornan).